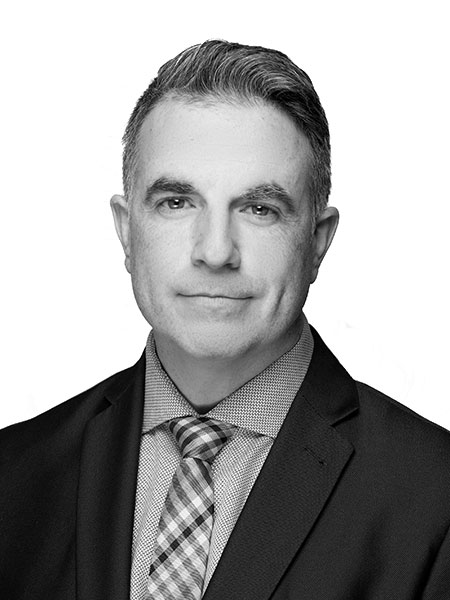 Frédéric currently serves as Senior Vice President and Practice Lead of JLL Valuation Advisory in Québec.  He is involved in the appraisal of major retail, office, industrial and residential assets for private investors and major owners including large real estate portfolios (REITs and pension funds). Frédéric is also involved in important advisory work (market and feasibility studies, due diligence, litigation, arbitration, etc.) for major assets, especially in Québec.
Frédéric’s career in real estate spans more than 25 years. He began his real estate career as a real estate broker before joining the newly opened office of CBRE in Montréal as a financial analyst in 1996.
Thereafter, he joined Groupe LCBA (predecessor of Altus Group) where he actively participated in setting up a team as senior consultant, team leader and then director and member of the management committee.
In 2014, he joined Raymond Chabot Grant Thornton’s as a partner to lead the real estate consulting division, which includes Desjarlais, Prévost et Associés Inc. In January 2018, he joined JLL with all of its team members through an acquisition.
Frederic earned a Bachelor in Business Administration as well as Certificates in Financial Analysis, Real Estate and Management from Université du Québec à Montréal. He was awarded his C. App. designation in 2001.
In his spare time, Frédéric enjoys traveling, skiing and horseback riding with his wife and their four daughters. He is also an experienced scuba diver.