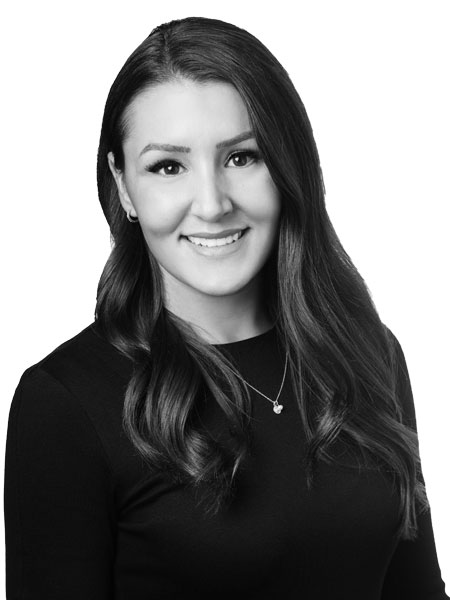 Madeleine is a Senior Associate on the Vancouver Retail team and represents both retail Tenants and Landlords across Western Canada.

Since joining the team in 2017, Madeleine has worked with major Landlords such as GWL Realty Advisors, Choice Properties, and SmartCentres in an agency capacity and has successfully leased high street retail spaces on prominent South Granville and West Broadway in Vancouver.  Simultaneously, Madeleine represents some notable local and international retailers including Specsavers, Lowe’s Home Improvement, Old Navy, HSBC, and Maison Kitsune.

Specializing in Entrepreneurship, Madeleine earned a Bachelor of Commerce degree with Distinction from the University of Victoria. While at JLL, Madeleine has volunteered numerous times with the Vancouver Covenant House and in 2018, she partook in Sleep Out Vancouver and raised over $5,000 for at-risk youth across Canada and the United States.

Madeleine spends most of her free time with her puppy, Bowie, and enjoys finding the city’s best coffee, trying new restaurants, and travelling.