PODCAST — How do
universities partner with private developers?

Student housing has changed significantly from the days of big, boring cement buildings with tiny rooms and communal bathrooms. Today’s student living is decidedly upscale, with plenty of amenities. But to provide students space where they actually want to spend time and enhances the campus culture and experience, universities have been partnering with private investors to build and even manage the housing. This provides a stable revenue stream for the universities and allows them to avoid taking on debt.

With these public-private partnerships (P3), there’s a sharing of the risk and reward between the university and the private investor. University housing is seen as a safe investment bet, because there will always be a need. Even with the pandemic, there’s still strong interest from investors to partner with universities for these types of projects. Developments that are starting now won’t be fully built and operational for a couple of years, providing a cushion between the COVID-19 reality of today with the promise of normalcy in the future.

In this episode of “Building Places,” James Cook talks with Matt Do, Senior Vice President of JLL’s Public Institutions Group, to discuss how universities work with private investors to fund student housing and other campus projects, as well as how the pandemic might affect P3s going forward.

Speaker 1 [00:00]: The fall semesters in full swing, but a lot of universities have cut some or all of their in-person classes. And this has meant a lot less demand for student housing, which can be a problem. If you're in the business of offering student housing today, we're talking about public-private partnerships at universities. This is building places where we look at the world of commercial real estate through the eyes of the experts that study it every day. My name is James Cook and I research real estate for J L L today. We're talking with Matt,

Speaker 2 [00:39]: Matt DOE. I work within JLL helping universities and colleges, local governments, state governments, to make good decisions about their real estate. And one of the ways we've done that is with public private partnerships.

Speaker 1 [00:55]: So tell me, tell me a little bit more about that. How would a public-private partnership be structured around a student housing project?

Speaker 2 [01:03]: I think there is always some mix and some sharing of responsibilities or skills, resources, risk, certainly between a university. In this case, we're talking about a university P3 and then a private party, which usually looks like a developer and investor and, and maybe even an operator or a manager of something like student housing, student housing is been a type of project that has a longer history, partly because there's a, a clear revenue stream, somewhat similar to a multifamily housing project. So you have rents, you have leases. There is a revenue stream that's associated with people living in that housing. A project that I worked on over the past few years with the university of California, Riverside, they're building new housing and dining facilities. There are two projects. One of the projects is more residents hall focused on first year, perhaps second year students. And then the other is more apartment like.

Speaker 2[02:07]: So focusing on, on upperclassmen at the undergraduate level. And so that's a project that the university felt strongly a P3 could help with an ambitious project. The idea from the campus side is that it would be beneficial to bring in private expertise, to develop and then to manage that type of housing. And then it would be beneficial to have alternative capital so that the campus wasn't taking on debt, you know, into the hundreds of millions of dollars. So UC Riverside went out, they had a competition for developers and managers of student housing, and they selected a developer they're well into both projects. Now the first project, that residence hall project that I mentioned, residence hall and dining construction is essentially completed now. And then the second project is well in construction. It'll deliver next year and it's on schedule and on budget. So I think if we take out the crazy year we've had in 2020, that by and large has been seen as a very successful project. One of the things that was driving UC Riverside to that is to maintain an affordable housing stock for its students.

Speaker 1 [03:23]: There's kind of a sharing of risk. And there's a sharing of reward between the university and some private group. What are the benefits from the point of view of the private investor?

Speaker 2 [03:35]: I think historically student housing has been seen as a pretty safe asset to invest in because with strong institutions or comes stability, there's a recurring need. There's a community already built in that needs is housing. And housing has always had a strong connection for universities to the culture, the experience of the university, you know, what it means to be a student at a particular university. So just purely from an investor perspective, there is somewhat of a, a good and stable return profile associated with a student housing at least historically.

Speaker 1 [04:16] So it's perceived as a, a good return. And, you know, as we all know, students have to get housing at universities every year without fail until this year. So things are completely different because of the Coronavirus. How are these public private partnerships reacting.

Speaker 2 [04:39]: To that? Where there have been closures or mandates for remote learning the need for the housing, you know, from the student perspective and from their families certainly is a lot different. And, you know, in many cases where projects have been financed by third party sources, there are debt covenants and requirements that come along with that. And so it certainly makes a public private partnership complex in a number of ways. One is just purely on, on the revenue side in terms of how are you going to maintain debt service and debt payments. But then I think there's also another component which may is, you know, even a broader conversation about how is a university maintaining its relationship to the students, ultimately, you know, to, to their community and protecting the way in which they interact with the university. Not only from an academic standpoint, but also with the housing. I wouldn't say that there is en mass, you know, huge, broad scale trouble, but there are a lot of complexities certainly across the country that are being, being navigated. Uh, and, and a lot of that relates back to the financing. And then a lot of that relates to, you know, ultimately how are students being protected? How are the people that this housing is intended to serve, being protected? And what's their experience been like within, you know, a very, very disrupted year overall,

Speaker 1 [06:07]: Do you think that private investors are going to be afraid of doing these in the future? Because now there's this new virus risk and now who knows it might happen again,

Speaker 2 [06:18]: I have a colleague in the industry that's, that's on the development side and they recently went out and, and price debt on a university housing project. And, and in this case it was bond financing. So going out to a wide array of investors, not just necessarily real estate investors, but, but bond investors. And there was very, very strong interest in that. And in part of the sentiment that he described was that there is going to be an end to this, that investors see. And if you're looking at a timeframe for a development project, you're thinking this is a financing today, but the housing assets aren't going to be built and operated for a couple of years out, there was a very comfortable position from the investor standpoint, say, we think this is, I think the underlying fundamentals that we spoke about, all those things seem to have combined in that case to create a situation where there was very strong interest from investors in a housing project.

Speaker 1 [07:18]: Do you think that there'll be new wrinkles, new structures going forward, new ways, they'll have to format these projects in order to deal with, you know, the Corona risk,

Speaker 2 [07:31]: There's a student housing project on any university's campus, the person walking by the student, their families, it looks like the university's housing, you know, regardless of who owns it or how it was financed or who built it. So I think there's going to be more of a focus on that interest, a deeper level of thinking into what, what that means and what that means. Ultimately as a university thinks about whether a P three makes sense, what would drive that, what success for a project looks like? I think that that idea that this housing feels like our housing, no matter whether it's a P3 or not, I think there'll be a greater focus there. And then in terms of, you know, maybe just the legal aspects, contractual aspects, I'm sure there'll be a greater emphasis on, you know, what a force measure looks like.

Speaker 2 [08:24]: You know, if a situation were to happen again, is there, is there a way to plan for that? And then I think perhaps a third way that a university may think differently about a P3 is really in the student experience. You know, if we think about just, just leasing, you know, lots of people have had the personal experience with leasing an apartment, right? So who your landlord is and kind of what the lease looks like. And then what happens in certainly a very atypical event like we've had this year, but even what happens in the case where, you know, there's, there's a rent payment, that's not made universities have always wanted to make sure they're protecting their community of students in their housing, but there's perhaps, maybe now a greater emphasis on some of the controls in the leasing. And I'm just thinking about examples of where universities have gone completely remote learning.

Speaker 2 [09:23]: What is, what happens in that scenario where you have a lease with a private party? It's, it's, I think much easier to have a university say, well, we'll cancel the lease. And that's something that we've used the right thing to do. It's a bit of a different matter if you know, that development, that project, that student housing has been financed privately, and there are bond holders, there are pensions, you know, there are different investors in it that have invested with the idea that they'll earn a stable, stable return, and there will be stable cashflow. I would expect there to be much more of a focus on some of those particulars by the university. And then, you know, just thinking now with a lot more clarity on the, on the potential downside, now that we've all gone through the experience with COVID.

Speaker 1 [10:11]: Well, Matt, that is, I think that's a great place to end it on it. Thank you so much for joining me today. I learned quite a bit about a topic that I really didn't know that much about before, so thanks so much. Appreciate it, James. Thank you. 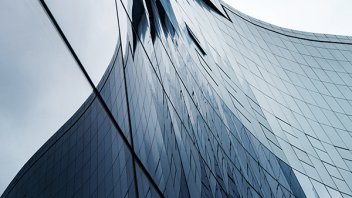