Approximately $17 billion in annual renewable energy projects could deliver in the U.S. over the next five years. What does that mean for CRE? This accelerated shift toward alternative energy is flooding the market with new opportunities.

Savvy investors and even occupiers are looking toward various renewable energy strategies to increase profit margins while also doing good for the planet. Property values, tax incentives and declining supply cost are the key financial factors driving private capital into new clean energy projects. In addition, as a result of the renewed focus and support for clean energy from the Biden administration, the Energy Information Agency has published a forecast showing that large capacity additions are going to be coming primarily from solar over the next several years.

James Cook: You're driving along and you see a wind farm just spinning away along the highway.

And then you get where you're going. You park in a garage and you notice the roof is covered in solar panels sites. Like these are now more common than ever renewable energy projects are rolling out across the nation. And today we're going to talk about them, why they're popular, how they happen and where they're going

This is building places where we look at the world of commercial real estate through the eyes of the experts that study it every day. My name is James Cook. I research real estate for J L L

today. We're talking renewable energy and we've got two people who work on these types of projects to tell us all about them.

lot of times a developer or a sponsor of the project, doesn't, isn't able to be tax efficient with the investment tax credits. So they'll partner with someone that has a large tax liability, such as a bank. So they enter into the partnership. They need an independent appraisal and cost segregation done on the project for helping them to establish the amount of the ITC, as well as the fair market value of the system.

And a few other opinions.

you know, if it's a a hundred million dollar project, they generally get about 26 million back they can write off on their tax liability for that.

Mike Bammel: [00:02:04] there's a business investment tax credit, which is currently at 26%. There used to be a production tax credit that may come back with a new American jobs , uh, 2021. Um, or there may be some other incentives that come out through the legislative process.

James Cook: [00:02:18] Do you feel like we're at a time now? We've got a relatively new presidential administration where there's going to be a push towards more renewables and more solar projects.

Mike Bammel: [00:02:30] definitely. Uh, historically, we've been throttling around 15 billion for the past few years of, of tax-related renewable energy project investments, and that's expected to continue for the next few years. the energy information agency has published a forecast showing that , um, large capacity additions are primarily going to be coming from solar through 2050.

So with this plan that Biden has suggested it's going to be a big push, especially as we move towards the electric vehicle. Market. you know, I'm working on a portfolio now that has, you know, 10 to 15 projects and , uh, it's a mix of ground rooftop and carports with , uh, V charging systems. So this is a benefit , uh, to do that.

James Cook: [00:03:14] gotcha. And that's so interesting. The electric vehicle angle, we've had a lot of , um, companies say that, they're going to just stop selling gasoline powered vehicles before too long. So it means more of a demand on the electric grid and we can use more solar than ever.

Right. So does that play a part in sort of forecast for demand for solar?

Mike Bammel: [00:03:37] yes, it does. Uh, were expecting, as I mentioned, about 15 billion to continue , uh, in these transactions, the build out with Evie charging systems is going to add a lot of demand to that.

James Cook: [00:03:48] I would imagine in States like California, where there's already a push to transition to electric vehicles, do you think that demand is going to spread to other States as well?

you've got to make assumptions about. What the cost of electricity is going to be.

Mike Bammel: [00:04:27] well, a lot of the systems , uh, are under a, usually a 20 to 25 year power purchase agreement. Uh, some do hedge the , uh, the wholesale market. Um, but the forecasted power prices are going up. And what we're seeing now in, in States, like , uh, Why for example, which is really expensive. Um, , the residential customer there pays about 26 cents a kilowatt hour.

We're starting to see utility scale solar projects being approved by the public utility commission at 7 cents a kilo. So there's a lot of support. You know, depending on how you interpret, but it's, uh, an indication that the technology has evolved, that you can start getting close to , uh, Perry , uh, electricity price parody.

James Cook: [00:05:08] Brian. Um, I know you work in public private partnerships. Uh, tell us a little bit about, for folks that don't know what a PPP is.

Bryan Thomas: [00:05:16] Yeah, just to keep it simple as that there's projects you want to get done. And the public sector may not have a way of getting the funding for that. And the private sector has funding, but the deal might not make. Full economic sense for them to invest. So often there's a way of the two entities getting together and sharing some risks.

Getting the two entities together. We'll uh, the deal works.

James Cook: [00:05:59] What's a project that you've worked on that kind of illustrates this, you know, using renewables.

Bryan Thomas: [00:06:06] Yeah, I think , uh, one of the, the key projects working on is supporting the Washington metropolitan area transit authority, or we call it Welmada. And so they have four state Metro stations, train stations for surface parking, lots and two garages. And we looked at, Hey, where can we put solar on these and take advantage of a couple of different programs.

One. Yeah. Is there's the incentives in Washington, DC are the highest in the country. What's called SRX, solar, renewable energy credits. And we also got to participate in a community solar program. So that power. Yeah on this, on this project is not going to be utilized by the Walmart itself. It's going to sell the power to the grid.

So there's people outside in the community that will be able to purchase that power. Say that I have green power as a result of, of the Washington metropolitan , uh, Metro. Offering it's land for that in exchange, the Metro will not is getting a significant ground rent for doing that. It's just a win-win there, there's not a lot of large real estate that can support solar in the area.

Well, Mata just happens to have that land. It's able to , um, provide the power into the community solar program and get an economic benefit from that

Bryan Thomas: [00:07:29] So in this case here, I'll start with , what's the Metro offering there. It's offering it's land and the, and the private sectors is coming in with all the financing and the know-how to develop this. It was a competitive process. We got a lot of. Interest from a developers. I think the thing that was unique or not unique, but was interesting here is the amount of institutional money that wants to go into these types of projects.

James Cook: [00:07:57] Are there other ways that public institutions can participate in renewable energy or is solar really the, like the popular one?

Bryan Thomas: [00:08:06] Well, solar is the popular when we think of it, because it seemed like the easiest, you don't need as much land. If you're going to, for instance, if you want to do wind, wind takes up a lot of space. So it's not a whole lot of municipalities have a. A couple hundred or thousand spare acres , uh, to lease out or to utilize for wind.

So solar typically is a little bit easier. You can put it on your roofs, you can put it on your parking garages and things like that. Nonetheless , uh, municipalities can. Uh, participate in renewable energy. Uh, for instance , uh, wind is an example. There's things called virtual power purchase agreements or corporate agreements

And really what they're looking to do is offset their conventional power. And they're saying, Hey, look, I have. Contracts out there for these other renewable products. It might be in West Texas. It might be 200 miles from your location, but there's ways of setting up the contractual arrangements that you can say that if not for me, the project would not have occurred.

And so what we get this term called additionality and a municipality can say because of my actions, because of this contract that I've entered into, we have additional renewable energy.

James Cook: [00:09:20] been doing a bit of reading, and It seems like things like solar and when they're not reliable, so you need good batteries to store that access electricity for when you need it. Where are we at with batteries?

Bryan Thomas: [00:09:33] Yeah, they're coming down in costs. The precipitous drop in costs. It's like there's been a precipitous dropping costs for wind turbines and solar panels. There has been a lot of movement, right. In batteries, there's a lot of capital going into batteries, States such as California, or have incentives to incentivize the, the additional development.

There's a lot going on right now. I'm working on , uh, a couple of projects supporting the U S army , uh, in that. And I we're just going to continue to see the prices to drop. And , uh, just trying to figure ways of incorporating them into our, our solutions, but you're right. The wind and the solar are not from generation.

The wind's not blowing. The sun's not shining, but yet you need power. And integrating that into a, a battery in a micro grid that allows these types of things to happen.

James Cook: [00:10:24] Mike, do most of the projects that you work on? Do they just feed directly back into the grid or is there a battery component to them?

So. Hopefully the technology will, will start improving because of the wear and tear and the cycling on the energy storage , uh, to get the lives longer and those systems

James Cook: [00:11:02] Guys, this has been a fascinating conversation. I feel like we're just at the beginning of a very long journey and it's great to hear about how deeply you're involved in this world of renewable. So thanks for talking to me today.

, like this podcast, do us a favor and tell a friend about it. Let them know they can subscribe to building places on the iPhone podcast app on Spotify or wherever they listen to podcasts. Or you can go to building places.show. For the latest research about commercial real estate, check out our website.

It's J L l.com. And this episode of building places was produced by Stephanie Kilgore and our theme music was written and performed by Joel Karachi. 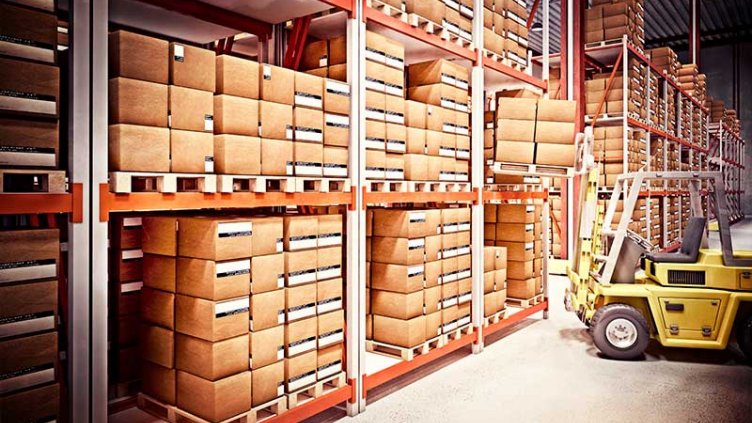 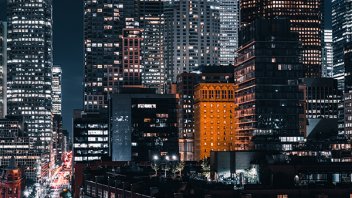 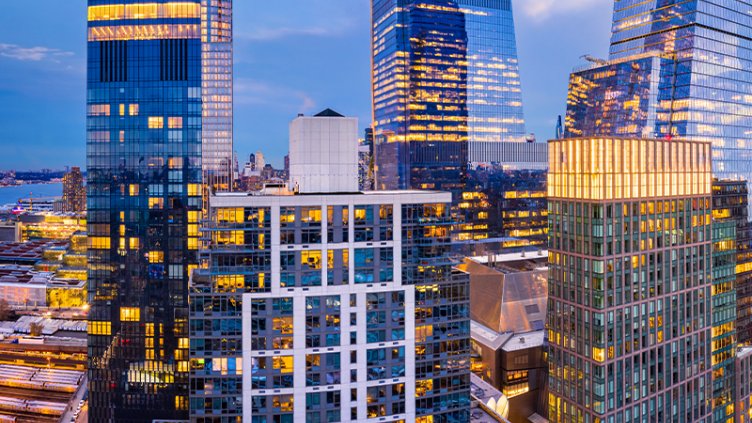 2021 vision for the future of commercial real estate 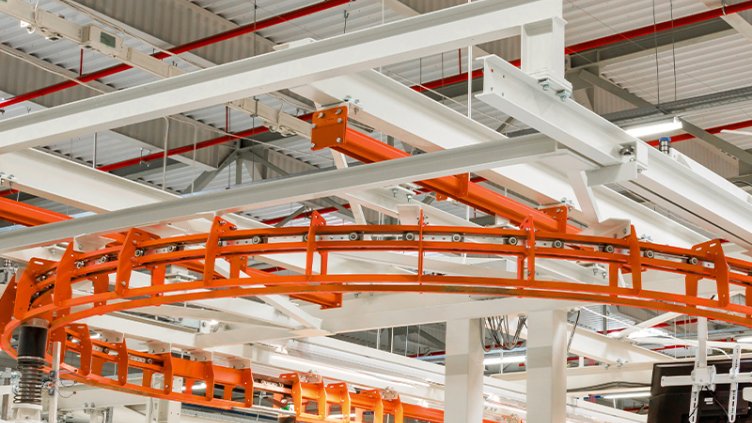