Even a few years ago, public transit was largely overlooked in many U.S. cities.

Denver is a case in point. Over the last few decades, rampant suburban sprawl in and around the Mile High City made it a poster-child for American car culture, with millions of drivers crawling along multi-lane highways to get to and from work each day. But recent major investments in the area’s public transit system have given drivers a convenient, new way to commute—and that’s had a profound influence on the office market, too. Rents are rising, and vacancy is falling.

This change can be seen in other traditionally car cultures across the U.S., too, from Los Angeles to South Florida, where recent public transportation developments have also equated to higher rental rates. In these and other transit-equipped cities, submarkets are leading the pack, commanding 79.5 percent higher rents than their non-accessible counterparts.

“Cities with strong public transportation currently comprise roughly one third of the nation’s office stock, and based on today’s workforce preferences, we expect to see a continued increase in transaction velocity and asset values in these enclaves,” says Scott Homa, Director of U.S. Office Research, JLL.

In many ways it’s easy to connect the dots from transit investment to office real estate, considering Millennials and others see elements like walkability and proximity to local amenities as employment perks, or even basic rights. Such demographic shifts are exactly what’s helped fuel many of the recent public investments in rail and bus infrastructure.

Growing demand on the cards

There are other meaningful clues that transit infrastructure investment could benefit office landlords and investors, too.

Across the U.S., big-name companies have already been purposefully choosing to locate within proximity to transit, and landlords are reaping the benefits. Take Fairfield County, Connecticut where the transit-friendly Greenwich commercial business district enjoys asking rents of USD$88.40—nearly 2.5 times more expensive than the broader office market.

Meanwhile, in suburban Philadelphia, the Radnor submarket has asking rents that are 43.6 percent higher than the suburban market and also exceed downtown prices. High rents aren’t driving away business, either. In Seattle, vacancy rates below 7 percent are common in many submarkets, while some Maryland submarkets also have single-digit vacancy, as low as 9.3 percent, which is significant compared with the 28 percent recently recorded in a neighboring submarket without strong transit.

Nearly half of all office development is now taking place in transit-equipped submarkets. Northern Virginia’s Silver Line Corridor, for example, which connects Tysons Corner to Dulles Airport, is currently home to 2.1 million square feet of development that’s close to existing or in-progress stations. Plus, some developers are working to get beyond “close”—and are integrating facilities like Hudson Yards, One Vanderbilt, and Salesforce Tower directly with new or expanded transit facilities.

Elected officials are increasingly hearing from their constituents that transit is a worthy use of their tax dollars. For example, Homa points to pro-transit measures in Los Angeles, Seattle, and Atlanta, all which have been recent successes.

Many transit-served markets of all sizes need development but there is also an organic limit to how much can actually happen. Factors such as limited land availability will help keep these markets competitive in the future.

While the benefits of strong transit-served markets is gradually becoming more clear in the U.S., other global cities such as Moscow, Paris, Tokyo, and São Paolo have long been aware of the need for building and maintaining good public transport networks.

Still, there’s always room for improvement. Denmark has recently begun requiring that new, large offices be built in close proximity (600 meters) of a metro or rail station. And in London, the new high speed rail line Crossrail is expected to drive success in the newly developed neighborhood, Stratford. This former home to the 2012 Olympics is now on pace to becoming one of the best connected areas in London, with a newly built 1-million square foot technology cluster, and another 781,600 square feet already under development.

“Considering the benefits of investing in public transportation, from increased real estate values to improved environmental impact, the question is not, why invest in transit? It’s ‘what are we waiting for?'” says Homa.

With the prospect of new investment in U.S. infrastructure on the horizon, it seems there might be an answer to that question in the near future. 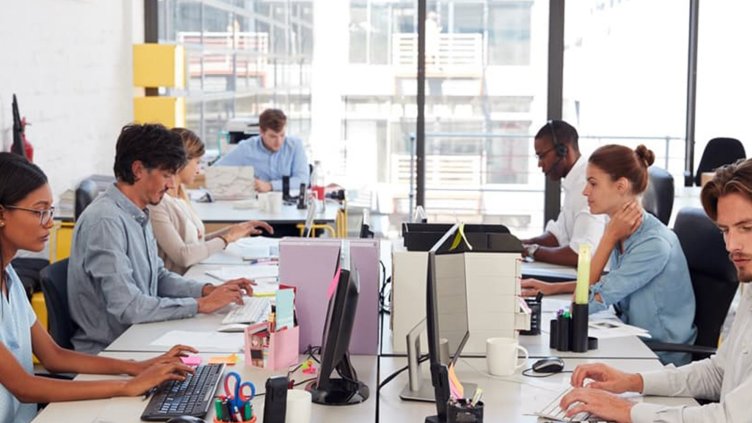