How can offices tackle the summer slump in productivity?

After months of cold and dreary weather, the long-awaited arrival of summer can result in a slump in employee productivity.

Workers may be struggling with the heat, daydreaming about long lunches in the park or simply unable to find clients who aren’t on holiday.

An Approved index survey of UK office workers found 62 percent reported that they became less efficient during the summer, while over half admitted to working fewer hours. It’s a similar story in North America; research from Captivate Network suggests projects take longer to complete and workers are more distracted during the summer months.

Yet simple changes to office design and flexible workplace policies can help to keep employees engaged and focused.

Ensuring offices are equipped to deal with hotter summer months is key. Air conditioning is among the most valued facilities yet finding a temperature that pleases everyone is often a challenging task. Desk fans or floor plans indicating hot desks directly in the line of air con units may help those in need of additional cooling. Additionally, easy access to water coolers can help people to feel more comfortable.

Outdoor space such as roof gardens also have an appeal in hotter months; some companies have been introducing pop-up outdoor office enclosures complete with WiFi outlets and desks

One of the biggest barriers to introducing these facilities is they will involve some degree of capital outlay. “Businesses are understandably reluctant to make big changes that will only be used and appreciated for a few months of the year,” says Ram Srinivasan, Head of Consulting, JLL Canada.

Building landlords, meanwhile, are creating summertime tenant engagement programs, repurposing shared space inside and outside buildings. “These not only create additional revenue, but also add to the appeal of the location,” says Srinivasan. “We’ve seen everything from ice cream trucks to virtual reality games in our lobby, aesthetically done, adding appeal to the building and increasing engagement.”


Making the most of summer

Instead of altering their office space, many companies have brought in summer-focused working policies. Flexible hours are becoming more common, enabling employees to work a four-day week or half a day on Fridays and then make up the hours during the rest of the working week.

It’s also a time when companies can have a bit more fun. Companies may have certain perks such as snacks or beverages available for employees in the latter half of the week, to counter potential productivity dips. “The idea is that people tend to leave early later in the week, but incentives such as these nudge them to stay back and socialize with their colleagues in an informal way,” says Srinivasan.

He believes that community volunteering is another good way to build engagement during the summer months. Recent research into the 50 Best Workplaces for Giving Back published by Fortune suggested that by allowing employees guide charitable efforts, these companies created high levels of commitment and pride among their teams.

Such initiatives tie into the wider move towards encouraging employee fulfilment. “Organisations are now offering prizes for employees who exceed goals and are promoting out-of-office socializing, while encouraging their staff take the initiative when it comes to goal setting. This empowers workers to deliver on their promises,” says Stanojevic.

Summer initiatives can also come with health benefits. “With fewer people in the office during summer months it can often be a good time to trial new initiatives such as standing desks or meetings in more informal locations,” says Srinivasan. To let their employees take advantage of the good weather, some companies are allowing them to have “walking meetings” outside. Web and app development agency Code Koalas encourages all of its workers to use walking meetings rather than staying stuck at their desks.

As well enabling people to make the most of summer, research suggests walking meetings could be good for their health. “It’s often been said that sitting is the new smoking, but now this has moved on to standing being described as the new sitting. Moving about makes us healthier, and may help ideas to flow.” says Srinivasan.

Ultimately, measures that make employees happier in the workplace are also likely to benefit companies in the longer-term. Summer perks may be a short-term measure but they can have a longer-lasting effect on employees’ wellbeing – and help companies with recruitment and retention.

“With summer-time perks increasingly being seen as a staple in North American companies, people expect them to be provided. In fact, the absence of summer working policies could be seen as a challenge by employees.” Srinivasan concludes.

“Additionally, we’re seeing that it is a company’s interest to do so; over summer, research suggests that incentivising productivity could potentially be much more important than at any other time of the year.” 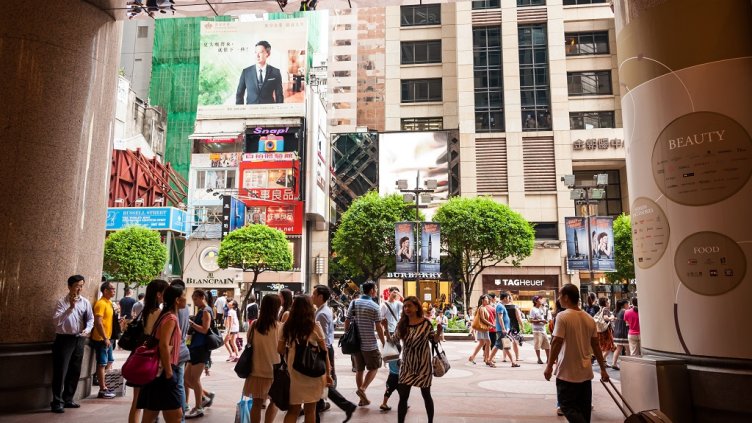